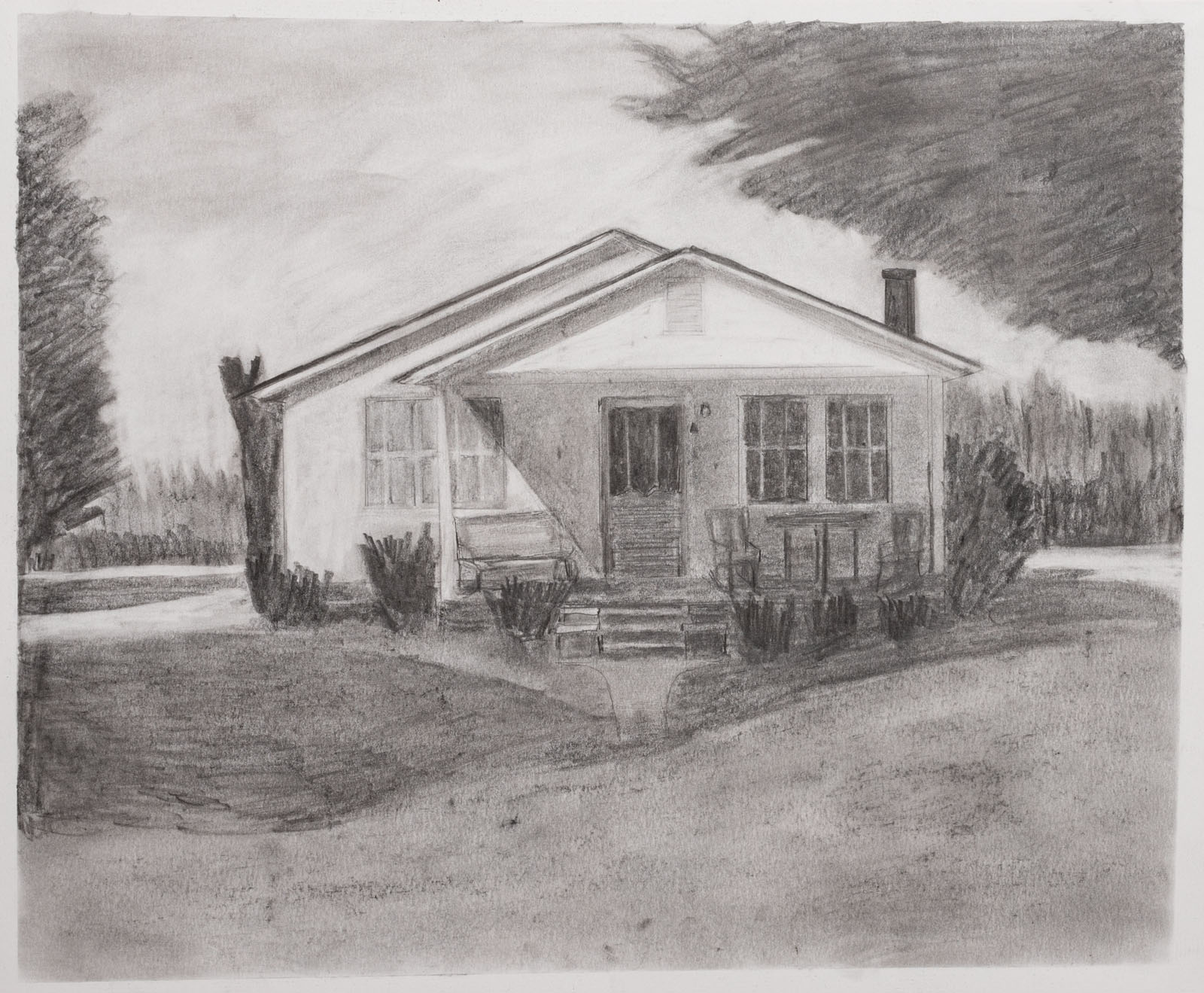 Momma was likely experiencing the early stages of cognitive decline when she wrote this light-hearted poem about respecting a frog’s wellbeing, but dementia had not diminished her deeper wisdom. The verses reinforce three lessons that build upon a lifetime of her teachings through words and examples.

Allow them to be as they are naturally. Sure, you can stuff the frog into the book bag, but the frog will not be happy or healthy. In the short run you will have your frog, but in the long run, you will lose the frog (and the frog loses, too). Frogs are much happier roaming freely outdoors, and this is the way it was meant to be (although it is possible that they would enjoy a splash in the bird bath).

Momma’s advice on accepting things as they are helped me deal with her dementia and passing. She changed due to the dementia, and there was nothing any of us could do. So as a family we chose to accept the fact that the person we had known was evolving and to interact with her with a loving sense of humor. For example, in the early stages when Momma was stressed about not remembering things, I would point out the benefit of not being able to carry a grudge. She always found this amusing. My sister’s response was a cognitive functioning test: “Momma, write me a check for $10,000.” Momma always said “Phooey!” My sister: “You’re doing fine!” Momma always felt better, and she never failed that particular test.

I started learning the lesson about not forcing things from Momma many years earlier when I was about four. I remember playing with wooden puzzles with cut-out animal shapes that fit into the appropriately-shaped animal slot. I was trying to put the giraffe into the elephant slot, which was not going well. But I was a determined and goal-oriented child, so I hammered on the giraffe to force it to “work.” I tried harder and became more and more frustrated as the giraffe piece refused to fit into the elephant-shaped opening. Momma intervened by showing me how to match the giraffe shape with giraffe-shaped slot; then the giraffe simply falls into place.

People and things are changing around us all the time. Each of us went through dramatic changes as we grew through infancy through childhood, adolescence, and then adulthood—yet that is expected and celebrated. We accept, even embrace, the four seasons of nature, including winter when many plants die. It is inevitable and accepted. Loved ones decline and pass away too, and it is deeply painful. Still, this is the natural order of things. Momma accepted this and with her help, I am making progress.

Enjoy the frog while he is with you. If you spend the time that he is with you scheming about how to keep him or fretting about when he will not be there, then you cannot truly be with him. You will miss the experience.

Momma always retained some essence of herself. She was paradoxically with us and leaving us at the same time. She became much more child-like and lived without any time or place partitions in her head. I could be her daughter, but I could equally well be her sister during her childhood days. Her short-term memory was nonexistent, so all encounters were new. Explaining that the people she was asking about had passed away years ago accomplished nothing and caused her distress.

Based her frog poem advice, I decided to accept whatever self she presented in those final years. If she asked about her brother or mother, both long-deceased, I simply replied that I hadn’t seen them lately. As a result, we stayed close, and I got to know the amazing person that she was at that present moment rather than focusing on aspects of her earlier self that were no longer evident. The details didn’t matter; what mattered was the love between us when we were together.

I marveled as Momma displayed polished social graces when interacting with others despite the dementia. She didn’t need to know exactly where she was, what the occasion was, or who the people around her were—she smiled and was polite and appreciative of company. I once saw her and another lady in the nursing home interacting from a distance; both had advanced cognitive decline and hearing loss, but you would never know that from just observing the seated pair. They were making eye contact, talking, smiling, nodding, and clearly enjoying being together. Maybe that is all that matters.

The frog will hop away. Life moves on, as it was meant to. A reality of life, as painful as it is, is that all living things pass away. Once, shortly before she passed away, Momma had a brief lucid spell. Or so it seemed to me. I believe that she knew the time for her to leave us was coming soon. She said, “It is hard, it is hard, so hard, so very hard.” I assured her that her work here was well done and that she was free to move on when it was her time. Two weeks later she entered a steep decline for a few days and then passed away.

I found myself having to let go of two people: the mother I had known for most of my life who we lost gradually to dementia and the new person she became as her dementia advanced. I still miss them both.

I experience Momma’s presence through memories, her writing, and her steadfast love that remains a part of me; this is comforting. When she passed, I planted a white flower garden in her memory and imagine how much she would have enjoyed and appreciated it. She wouldn’t even mind its occasional disorder and weeds, as she had a very relaxed attitude about such things (see Lesson 1).

Thank you, Momma! I am still learning from you.